Brandan Marhefka is the Driver of the Marhefka Motorsports Asphalt Late Model!

Brandan is a third-generation driver following in his Grandfather’s (Bobby Marhefka) and father’s (Rob Marhefka) footsteps. Like his father and grandfather, Brandan has had the need for speed from a very young age!  Since Brandan was able to walk he has been working on racecars. Brandan’s first-ever race was at the well-known Jennerstown Speedway in Jennerstown PA in the Late Model division, the highest division of racing at the speedway. His first race took place on May 26th, 2018 which saw Brandan take home a respectable 9th place finish. Jennerstown Speedway is a very fast track, with Late Model competitors regularly going under the 19-second mark for lap times around the 1/2 mile oval.  That means Brandan was going into the turns at roughly 125 mph!  He was able to do all this at 16 years of age and before he was even legally allowed to drive on the streets of Pennsylvania! 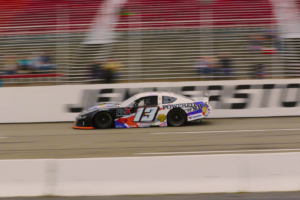 During the 2018 season, Brandan was running a 2002 Port City racecar, which just so happened to have been built the same year he was born! Needless to say, his equipment was outdated but this year was just about getting experience and learning about the art and science of racing from his father, grandfather, and many of the local veterans at Jennerstown Speedway.  Brandan was able to compete in 8 races in his rookie season, including the inaugural running of the Motor Mountain Masters, a 150 lap Late Model special at Jennerstown Speedway. His best finish in a weekly show was 8th, but his performance in “The Masters” and his 13th place finish in it were what he was most proud of.

The following season was a new year and Brandan had a whole new set of expectations going into his sophomore year in 2019. Brandan was still in his 2002 Port City, however this year Brandan did not just want to make laps, he wanted to compete. In the 10 races, Brandan's best finish was again an 8th but he was up against a much improved and deeper field from the year before. Once again though the highlight of the season came on the biggest night of the season, “The Second Annual Motor Mountain Maters”.  But this year with $10,000 on the line 38 of the best Late Model teams from the Midwest and East coast showed up for their shot at one of the richest purses in Late Model racing. With the oldest car in the field, Brandan would really have to “drive the wheels off it” just to make the 30 car field. Well, Brandan did just that! In qualifying, he was able to put down his fastest lap ever at “The Big J” and put himself in a great spot to qualify for the feature through his heat race. In the heat race, Brandan was able to pull off the “Bump and Run” to perfection and make the big show! Brandan was able to wheel the car around the track for a very respectable 21st place finish amongst a field of many “professional” Late Model drivers. The coolest part about this race is that it was aired on National TV! Brandan even got some air time after he got spun off the nose of an out of towner! This was a great time to show off our great looking car with our fantastic partners along for the ride!

Going into the 2020 season Brandan was due for an upgrade as he was “out driving the car”. With that being said Port City gave us a deal we just could not pass up on an “all but brand new” Late Model. With our awesome partners on board, we were looking forward to a fantastic race season!

Brandan's third year behind the wheel, started off a bit rough for him and the team as they had to learn a new car with a newer hi-travel bump stop style suspension. 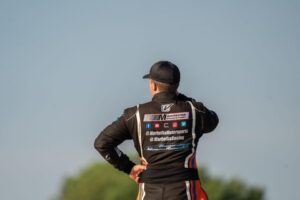 After battling through some braking issues early on in the season and a bad suspension part in the rear of the car he finally started to become more competitive going into the 4th week of racing at Jennerstown Speedway. Brandan was getting more acclimated to the new technology that came with the updated car. This year Brandan not only led a handful of laps during competition but brought home his best finish to date in 3rd place with the Wheelen Modified tour in town. The Marhefka Motorsports team continues its success into Jennerstown Speedways' biggest race of the year the “Motor Mountain Masters”. This year's Motor Mountain Masters was paying $10,000 to win for the second year in a row attracting yet again some of the biggest names in Asphalt LateModel racing on the east coast. Weekly racing at Jennerstown doesn’t entail qualifying, so Brandan didn’t have the experience to set up and drive a car for a time trial run, relegating him to a 23 starting spot for the main event. However, come race time, the Marhefka Motorsports Port City race car was wicked fast. Brandan was able to make it from 23rd to 9th with 3 laps to go when a wreck that happened directly in front of him took out half the field.  Unfortunately, he acquired some cosmetic damage, forcing us to pit and repair before we got black flagged. With a green-white-checkered finish, Brandan was able to pass a few lead lap cars and finish 10th. Being the highest finishing Pennsylvania driver in the field and 1 position away from being the hard charger after passing 13 of the best Pro LateModels on the east coast. After the Jennerstown Speedway weekly season ended, the Marhefka Motorsports carried their momentum up north to Lake Erie Speedway for the Race of Champions, Rick Wylie Classic. Being that this would be Brandan’s first time running a track other than Jennerstown Speedway, our team was just trying to turn some laps at a different facility. With that being said, Brandan and the team were able to do more than just turn laps, as our team had one bad fast hot rod going into the main event. Brandan was slated to start from the 10th position out of the 14 car field. The smaller field still attracted some very big names in the modified world, and even a driver that has competed in the NASCAR Xfinity Series. Starting in 10th Brandan drove all the way up to 4th before a racing incident saw 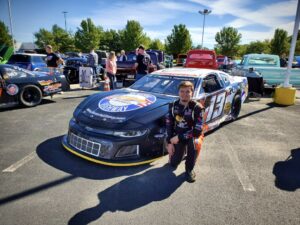 Brandan get his nose chopped coming off turn two while battling for third. With 12 laps left Brandan had to start at the tail of the field and had a monumental task of driving his way to the front at the small bullring in only 12 laps. Brandan made a last-lap pass to earn a tough fought 4th place finish. Not a single car passed Brandan all night and without the accident with 12 laps to go Brandan was very capable of winning the inaugural “Rick Wylie Classic”! Overall, 2020 was a very successful year for the Marhefka Motorsports Racing team and it couldn’t be done without all the guys help at the shop and the great sponsors backing the team.

We are excited about a few of the changes, upgrades, and direction for the 2021 season. Stay tuned because Marhefka Motorsports may be racing at a track near you!

On a personal level, Brandan was able to graduate High School in 2020 with very high honors in the top 15% of his class. Brandan has chosen to continue his education and is enrolled at Penn College of Technology where he has begun work on a Bachelor of Science Degree in Welding & Fabrication Engineering Technology, a four-year degree. 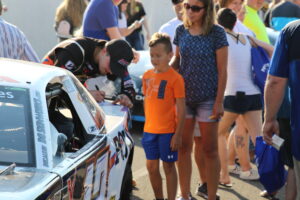 During Brandan’s first semester at Penn College of Technology, he was able to make the “Dean's List” and become a member of the AWS (American Welding Society).

If you would like to see the latest developments for our 2022 race season feel free to check out our Facebook, Instagram, and Twitter Pages along with our YouTube Channel to make sure you don’t miss a beat from your favorite race team