Rob Marhefka is the driver of the Marhefka Motorsports Dirt Late Model that competes at various dirt tracks in the region.

He is a second-generation driver, who has been working on racecars since the age of 5, helping his Dad during a racing career that spanned 23 years.  Even at that young age, he knew he wanted to drive a racecar, however, his Mom had other plans.  They made a deal - he couldn’t start racing until he went to college.  After graduating from high school, he enrolled at the University of Pittsburgh, and decided that a degree in Mechanical Engineering would be most beneficial in achieving his racing aspirations.  During his freshman year, after making Mom happy, his racing career began.

Since his Dad, an accomplished Late Model dirt track racer, still had the equipment available, rebuilding his car was easier and less expensive than starting from scratch in a street stock type class.  In addition, his father believed that most of his driving skills & techniques would be learned in the first few years of driving, and felt it would be most beneficial to learn from experienced Late Model drivers, rather than other racers who were just beginning as well.  Together, they put that plan in motion and built their first Late Model racecar, 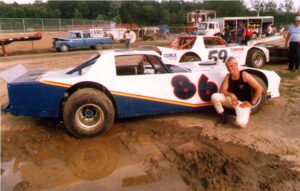 competing in nine races during the summer of 1987 at the Windber Speedway, a 3/8 mile dirt track in their hometown of Windber, PA.

The following year, 1988, was a great year for Rob.  He won his first feature race in a Late Model at the Windber Speedway and met his future wife at an autograph session, just hours before that first ever victory!  His early dirt track career spanned from 1987 to 1992, where he won races and competed in the Late Model Division at various tracks in Pennsylvania, Maryland, Virginia and West Virginia.  He has turned laps and gained valuable racing experience at a number of famous tracks in the area, such as, Motordrome, Bedford, Hagerstown, Cumberland, Lernerville, Pittsburgh, I-79, Winchester and Pennsboro.

At the close of the 1992 season, Rob, along with the team, decided that in order to advance, a change was needed – that change came in the form of asphalt.  For 1993, an asphalt Late Model was purchased, and Rob set his sights on the local NASCAR Winston Racing Series at the Jennerstown Speedway.  Even with the purchase of a used car, it took some time to get everything together and halfway thru the 1993 season, his asphalt career began. 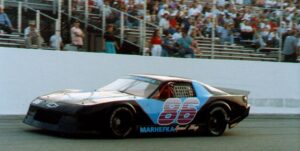 Although the track was smoother, the ride was rougher, as he found out that its much easier to watch asphalt racing than to actually compete in it!  Even after his share of “bumps in the track”, he decided that asphalt racing was the way to go.  For the 1994 & 1995 seasons, new motors and chassis were purchased, as he continued to cut his teeth on his way to victory lane on the fast 1/2 mile tracks of Jennerstown and Motordrome Speedway’s in Western Pennsylvania.

Again, looking to build on past successes, a NASCAR All Pro Series Touring Division racecar was built for the 1996 season.  For the next couple of years, Rob and the team ran a select few races in the series.  Traveling to a number of tracks, he again gained valuable experience at different types of asphalt tracks, like the Caraway & Concord Speedway’s in North Carolina, Greenville-Pickens Speedway in South Carolina, Nazareth Speedway, a famous 1-mile track in Pennsylvania, and the 1.5 mile Kentucky Super Speedway, just outside of Louisville & Cincinnati.

For the 2002 season, Rob and the team took another leap up the ladder and purchased the car and equipment to compete in the USAR (United Speed Alliance Racing) Hooters ProCup Series. 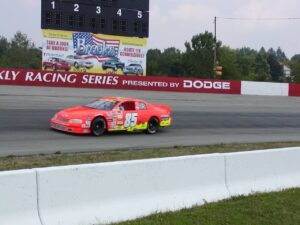 The series pitted some of the countries best short track racers against each other in cars nearly identical to those of the NASCAR Sprint Cup Series.  In just their second of three races that year, Rob and the crew posted their first “top-ten” finish in the series at Jennerstown Speedway.

Racing in the ProCup Series was not only a valuable experience, but fun for the entire crew.  Lengthy practices, different tracks, 250 lap races and “hot pit stops” gave everyone on the crew something to do – and usually much more than that.  Success in the series wasn’t measured in victories, although a couple of “Top-10” runs, a “Hard Charger” award and few dnf’s kept the team in the spotlight, it was measured more in the ability to adapt to vastly different tracks, learn how to make an ill-handling car work, make some pretty quick pit stops and be competitive against much larger and better financed teams.  Being able to accomplish that gave everyone on the team something to brag about.  The ProCup Series took the team to a number of well known facilities all over the Eastern United States.  Tracks such as:  Indianapolis Raceway Park, South Boston Speedway, Illiana Speedway, Mansfield Speedway, and Salem Speedway just to name a few.

For the 2006 race season, Marhefka Racing teamed up with Fetsko Racing to form F/M Racing Promotions in order to compete locally and regionally in a Super Late Model Asphalt Racer.  The culmination of their efforts paid off huge dividends during the 2007 season with a win in a 100-Lap event at Jennerstown, where they didn't lead the first lap, but lead the next 99 putting on an impressive show of dominance in front of the hometown crowd.  The team continued racing on the asphalt in the western half of PA thru the end of the 2009 season.

With the close of the 2009 season, it was obvious that interest in asphalt racing in the area was dwindling, as car counts lessen and tracks closed.  On February 27th of 2010, the entire team assembled and made the unanimous decision…return to our roots and field a Dirt Late Model.

That season, 2010, marked the beginning of the return to dirt track racing, which is hugely popular in this part of the country. The Fastrack and RUSH Racing Series were part of the early make-up, as the team was able to use the “crate motor” from the asphalt car to drop into a dirt track chassis and compete in what is known as the “Crate LateModel Series” at many of the local tracks.  After a number of seasons with great runs, and always looking to move onward and upward, the team purchased an “open motor” for the 2016 season and are now competing in the Super Latemodel Division at tracks all across the region.

Rob and the team have been designing and fabricating the majority of their racecars, haulers and pit support equipment in-house from the beginning.  This experience, coupled with his Bachelor Of Science Degree in Mechanical Engineering helped to land Rob a “real world job” as a Manufacturing Engineer at Martin-Baker America, where they manufacture ejection seats for fighter planes & crashworthy seats for helicopters.

At 50 years old, he and Chris, his wife of 23 years, are the proud parents of their two sons Devan – age 18 and Brandan – age 16.  Both boys are very active.  Both received their "Expert" rating in BMX Bike Racing from USABMX and both are active on their high school soccer team.  Devan was offered and accepted a roster spot on the Men's Soccer Team at Penn State Behrend, where he will start this fall as a Freshman going for a Bachelor of Science Degree in Mechanical Engineering.  Brandan, a Sophomore in High School will follow in the footsteps of his Dad and Grandfather and start cutting his teeth on the 1/2 mile asphalt track at Jennerstown Speedway this summer in the Late Model Division.  In addition to racing, Rob enjoys outdoor activities such as quad racing, water & snow skiing, knee boarding, swimming and hunting.

Rob will use his experience in public speaking and past personal appearances to gain support for, and educate the public on an advertiser’s product or service and strives to promote those products or services in a professional and knowledgeable manner.

Look for Rob and the entire Marhefka Motorsports Racing Team at a track near you – and don’t be shy – stop down in the pits after the evenings racing activities, as they can always be found there hanging around, talking to the fans and signing plenty of autographs !!! 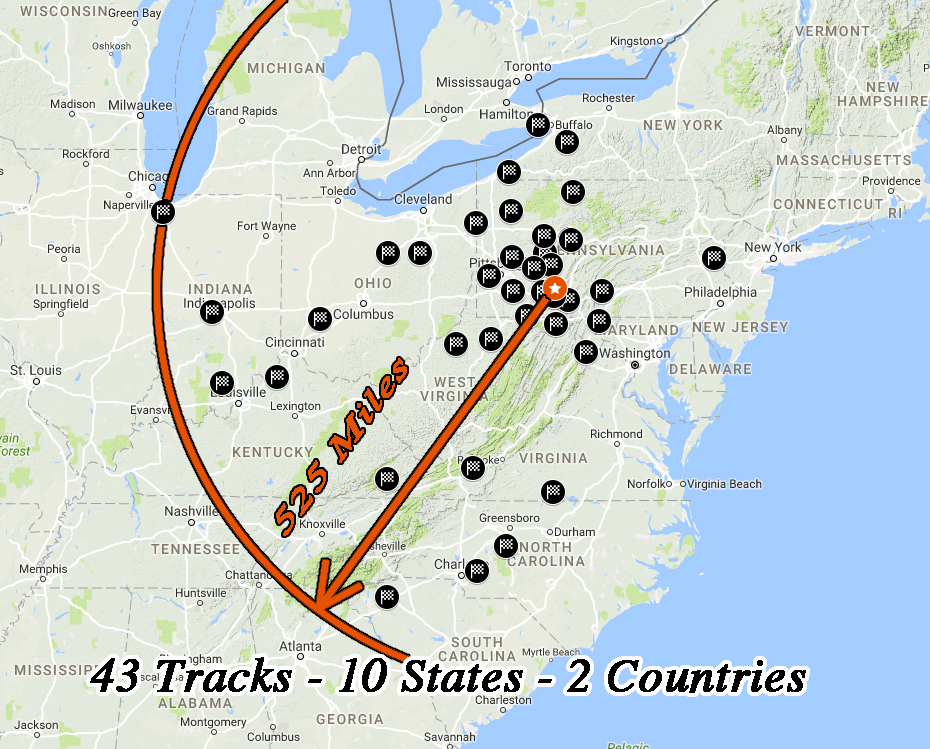